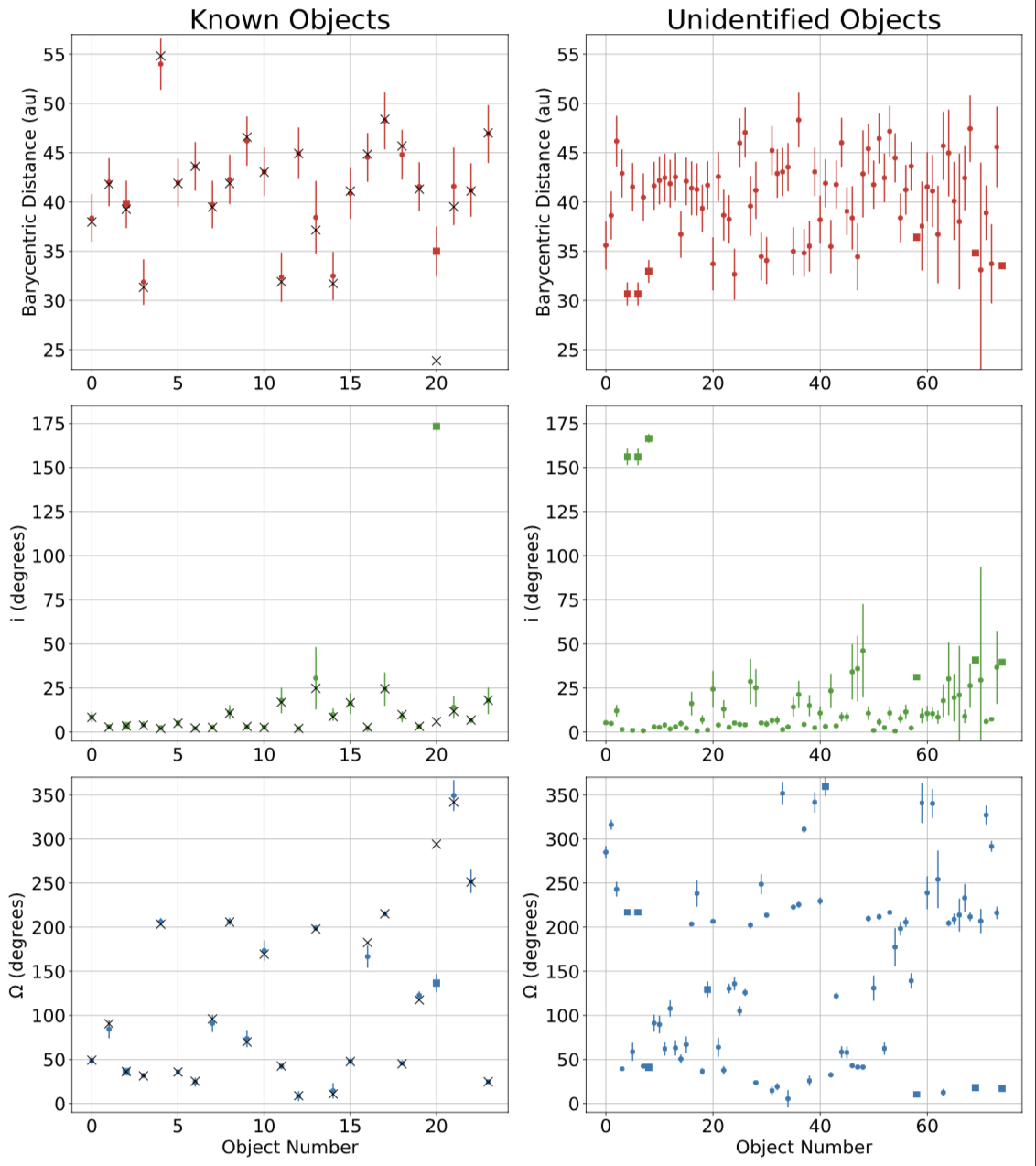 Trans-Neptunian objects provide a window into the history of the solar system, but they can be challenging to observe due to their distance from the Sun and relatively low brightness.

In the recently published paper, Sifting through the Static: Moving Object Detection in Difference Images, DiRAC researchers report the detection of 75 moving objects that could not be linked to any other known objects, the faintest of which has a VR magnitude of 25.02 ± 0.93 using the Kernel-Based Moving Object Detection (KBMOD) platform.

They recover an additional 24 sources with previously known orbits and place constraints on the barycentric distance, inclination, and longitude of ascending node of these objects. The unidentified objects have a median barycentric distance of 41.28 au, placing them in the outer solar system. The observed inclination and magnitude distribution of all detected objects is consistent with previously published KBO distributions. They describe extensions to KBMOD, including a robust percentile-based lightcurve filter, an in-line graphics-processing unit filter, new coadded stamp generation, and a convolutional neural network stamp filter, which allow KBMOD to take advantage of difference images.

These enhancements mark a significant improvement in the readiness of KBMOD for deployment on future big data surveys such as LSST.